Student Representative Council (SRC)
Student representatives are elected by their peers each year. There is an expectation that SRC members are good role models for the student population in the classroom and on the playground. When elected, they are issued with a badge and they make a pledge to show their commitment to their role as leaders within the school.  The team meets regularly throughout the year. During meetings they are encouraged to present ideas, take part in discussions and vote on issues. Students are encouraged and supported to participate in meetings as independently as possible.  They decide on fundraising activities and represent the students at school assemblies and on other special occasions. There is usually a fundraiser event selected every term to support a local or international charity.  The SRC have raised money for organisations such as The Pyjama Foundation, Galilee Foster Care and Bowel Cancer Australia. Fun events are organised by the SRC such as dressing up and having fashion parades with prizes. 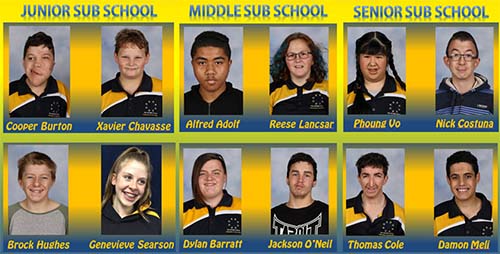